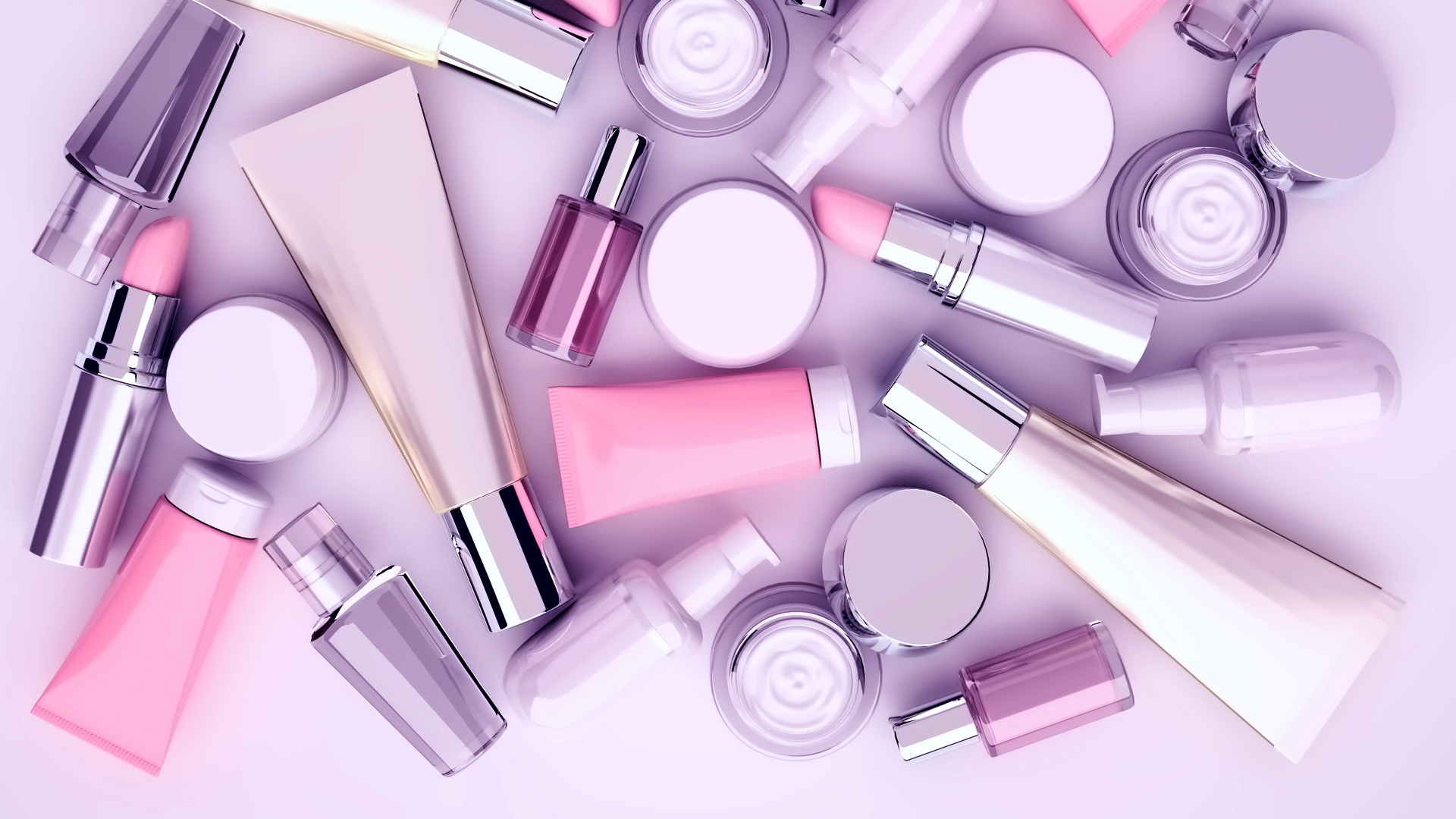 As a chemical industrial product that directly affects the human body, while cosmetics bring us beauty, health and safety must be guaranteed. We must have health before we can talk about beauty. However, some unhealthy phenomena in my country’s cosmetics industry bring hidden dangers to the health of beauty lovers——

Illegal addition of prohibited substances that may be harmful to health, the preparation of cosmetics by beauty salons, fake and inferior products and counterfeit well-known brand products, false propaganda or even claims to have medical effects, heavy packaging propaganda rather than technological innovation…

We want beauty, but also health and safety. Recently, the much-watched “Regulations on Supervision and Administration of Cosmetics” was officially promulgated. This also means that the 30-year-old “Regulations on Cosmetic Hygiene Supervision” will end its historical mission. The new regulations not only adapt to the new situation, but also solve old problems. Among them, there are many bright spots worthy of attention.

Highlight 1: Increase the fight against “grey areas”, illegal addition of prohibited substances can be fined up to 30 times the value of the goods

In recent years, with the rapid development of my country’s cosmetics industry, illegal additions and other illegal phenomena have become more prominent. In the first half of this year, the State Food and Drug Administration issued a number of notices about problematic cosmetics. Most of these notified cosmetics are counterfeit or detected prohibited substances. According to media reports, some low-quality cosmetics counterfeit well-known brands, or increase short-term effects by adding hormones and other prohibited substances, which have become “hidden rules” and “gray areas” in the industry.

In 2018, Taizhou City, Jiangsu Province, investigated and handled a very large case of illegally adding prohibited ingredients to cosmetics. Offenders purchase cosmetic raw materials with illegally added prohibited ingredients from multiple sources, or add large amounts of prohibited ingredients such as betamethasone, mercuric chloride, metronidazole, and chloramphenicol to facial masks, whitening, and acne cosmetics. Semi-finished products, OEMs, and finished products are sold to thousands of beauty salons, cosmetic shops and tens of thousands of consumers in more than 20 provinces across the country. Local supervisors said that the case deeply exposed the long-standing “hidden rules” of the cosmetics industry.

Compared with the old regulations 30 years ago, the new regulations have stepped up the crackdown on various illegal activities and increased the deterrence of the law. Yang Zhanxin, deputy director of the Comprehensive Planning Division of the Hebei Provincial Market Supervision Administration, noticed that there are 18 laws on penalties for illegal acts in the new regulations, which is double the old regulations; the content of the laws is also more detailed and covers various Illegal circumstances.

“The new regulations combine the practice of law enforcement in the past 30 years and the outstanding problems in the current cosmetics market. Any prohibition and obligatory provisions for producers and operators are set up in the legal liability part.” Yang Zhanxin pointed out.

The new regulations use confiscation, fines, order to suspend production and business, revocation of licenses, market and industry bans and other penal measures to combat illegal activities. Take fines as an example. The base of fines used to be “illegal income”, but now it is adjusted to “value of goods”, and the amount of fines has been greatly increased. For example, for illegal situations such as engaging in cosmetics production activities without permission, the old regulations “can be fined 3 to 5 times the illegal income” to “and impose a fine of 15 times to 30 times the value of the goods.”

Moreover, the provision of “punishing people” for illegal acts has been added. The legal representative or the main person in charge, the directly responsible person in charge, and other directly responsible persons of a unit with serious violations of the law shall not only be fined, but may also be prohibited from engaging in cosmetics production and business activities for life.

For example, in combating counterfeit, shoddy and illegal additions, the new regulations make a series of new regulations: require cosmetics manufacturers to establish and implement a purchase inspection record system to ensure product traceability; illegal additions of substances that may harm human health are illegal. Acts can be fined up to 30 times the value of the goods, or even banned from engaging in cosmetics production and business activities for life. The new regulations also provide clear penalties for the unauthorized preparation of cosmetics by beauty salons, hotels, etc., and changes in the use period of cosmetics that were not specified in the old regulations.

In addition, the new regulations also emphasize that for cosmetics that cause human injury or have evidence that may endanger human health, the regulatory authorities can take emergency control measures that order the suspension of production and operation, and issue safety warning information.

“This is a wake-up call to the so-called’grey areas’ in the cosmetics industry chain and corporate behaviors to be regulated at this stage.” Professor Dong Yinmao of Beijing Technology and Business University said in an interview with the media.

Highlight 2: “Let the good steel be used on the blade” to more scientifically ensure the safety of cosmetic raw materials

According to the new regulations, cosmetics refer to daily chemical industrial products that are applied to the skin, hair, nails, lips and other human surfaces by rubbing, spraying or other similar methods for the purpose of cleaning, protecting, beautifying and modifying. As a chemical industrial product that directly acts on the human body, safety is the bottom line of cosmetics. In addition to illegally adding prohibited substances, if there are problems with the raw materials of the cosmetics itself, it will also bring hidden dangers to the health and safety of consumers. The safety of raw materials is an important prerequisite for the safety of cosmetics.

“Generally speaking, cosmetics are a mixture of various raw materials processed and prepared in accordance with the formula ratio, and most of this preparation is a physical mixing process, and few chemical reactions are involved. Therefore, the safety and function of the raw materials It directly affects the safety and performance of finished cosmetic products.” Xu Liang, a member of the Expert Committee of Cosmetic Standards of the State Drug Administration, explained.

Compared with the old regulations, an important change in the new regulations is to emphasize risk management, that is, to implement different levels of classified management according to the level of security risks. Preservatives, sunscreens, coloring agents, hair dyes, freckle whitening agents and other high-risk new raw materials must be registered with the State Council’s Drug Administration and approved before they can be used. Other new raw materials only need to be filed.

It is worth noting that the new regulations require the establishment of a cosmetics risk monitoring and evaluation system to monitor and evaluate the risk factors that affect the quality and safety of cosmetics. Song Hualin, a professor at the Law School of Nankai University, believes that through risk monitoring and evaluation, judging the risks contained in cosmetic raw materials, products, production and operation processes, and labeling and marking can have an overall grasp of the safety situation of cosmetics and understand the main factors in the safety and quality of cosmetics. problem.

Only by knowing where there are problems can we better carry out targeted supervision. The new regulations point out that risk monitoring provides scientific basis for formulating cosmetics quality and safety risk control measures and standards, and for conducting random inspections of cosmetics. In addition, implement the national cosmetics safety risk monitoring plan to clarify the types, items and regions to be monitored. Song Hualin believes that this will allow “good steel to be used on the cutting edge” and more scientific and reasonable allocation of risk supervision resources.

In fact, classified management is not only conducive to safety supervision, but also conducive to cosmetic technology innovation.

One aspect of the domestic cosmetics industry that has been criticized is the lack of technological innovation in product efficacy. Without innovation, one can only make a fuss about advertising and other packaging. Many cosmetics companies don’t work hard on technology, but use “storytelling” to attract consumers.

“On the one hand, the enthusiasm of enterprises to declare new raw materials is affected. On the other hand, new raw materials that have been proven to have good performance and are widely used in the world cannot be used in my country’s cosmetics. This has also increased my country’s There is a gap between cosmetics and foreign companies in terms of technology and innovation.” He said that cosmetics have a fast update cycle, which requires companies to continuously introduce new products to the market.

The new regulations encourage cosmetics companies to innovate not only in the management of new raw materials, but also clearly stated that the state encourages and supports the development of cosmetic research and innovation; encourages and supports the use of modern technology, combined with my country’s traditional superior projects and characteristic plant resources to research and develop cosmetics.

Innovation is not enough, publicity comes together. It is not uncommon for false and exaggerated publicity to mislead consumers about the efficacy of cosmetics. Some people in the cosmetics industry even got the idea of medicines and promoted cosmetics as magical products with medical effects.

According to media reports, in January this year, on the train from Rizhao, Shandong to Jinan, someone sold a cosmetic called “Baicao Cream” as a medicine to passengers. The salesperson claimed that the product can relieve muscles and blood, relieve pain, and can also treat skin diseases, mosquito bites and other symptoms, describing this cosmetic as a miracle.

In the past few years, the concept of “drug cosmetics” was very popular in China. Cosmetics are next to medicines, as if the product’s efficacy is more assured. However, in January 2019, the State Food and Drug Administration clearly stated that it is illegal to declare the concepts of “cosmeceuticals” such as “cosmeceuticals” and “medical skin care products” for products registered or filed in the name of cosmetics.